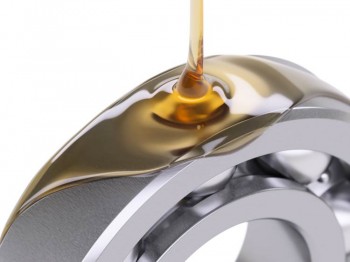 James Day (Lubricants) Ltd has developed the FX1 friction modifier with re-engineered chlorinated paraffins with inherent extreme pressure, anti-corrosion properties, and includes an over based calcium petroleum sulfonate to act as an alkaline booster.

The most notable extreme pressure boundary lubrication property where, what appears to be a smooth metal surface to the naked eye is actually a landscape of microscopic “hills and valleys” or asperities. If the “valleys” are covered with a microscopic film, known as a tribiochemical film (as created by FX1), the area of the engineering surfaces are increased. Furthermore, the “hills” that are actually weld points can be smoothed out and effectively reduce “drag” or the co-efficient of friction between the sliding surfaces.

Under extreme pressure conditions where a boundary lubrication oil film can no longer offer any protection, the tribochemical film can substitute for the lost oil film and protect the sliding metals from welding, deformation and abrasion.

Modern consumer base oils used to carry FX1 to friction surfaces are a complex formulation of organic and synthetic materials and additive packages including TBN stabalisers blended together for the most effective properties. The sulfonate to carbonate ratio has to be exact in order to maintain the stability of the micelles in the final oil formulation. Failure to achieve any of these critical numbers can result an any of the following quality concerns.

The most sensationalised additives to date are the chlorinated paraffins and related products found in several “infomercialized” offerings. These are very strong extreme pressure agents that readily decompose into chlorine to react with metals to form metal chloride films. While these are effective extreme pressure agents, there are a number of serious problems associated with such materials. First of all, chlorinated hydrocarbons work as extreme pressure agents through the reaction of chlorine with iron to form ferric chloride films under critical pressure and temperature. This leaves decomposed hydrocarbon portion deficient in electrons turning them into sludge precursors. Excess chlorine released during the decomposition reacts with water in the oil to form hydrochloric acid which in turn accelerates the depletion of the alkaline reserves (TBN) of the oil. Depletion of the alkaline reserve necessitates an early oil change, increasing stress in the environment by adding amounts of waste oil in circulation. Secondly, government regulators are seriously looking at chlorinated paraffins for possible regulation.

The right kind of chlorinated materials can be properly incorporated into a systems oil formulation in order to take advantage of the extreme pressure property while eliminating the side effects of their decomposition products, however, the overall formulation must be done in such a way that the standard additive package is not compromised and unwanted partial oxidation

and decomposition products are not formed.
As an experienced oil formulator James Day (Lubricants) Ltd's, FX1 successfully blends in oils and synthetic oil formulations. Use of Fx1 with oils derived from tallow are not recommended. 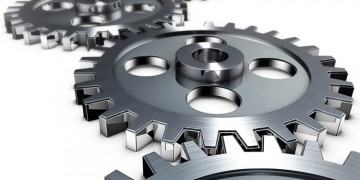 FX1 can be applied directly to dry metal surfaces such as machine tools and wet metal to metal surfaces such as those lubricated by sump oil. FX1 is entirely free of congealing agents such as PTFE, and does not effect design tolerances or the viscosity of carrying lubricants. As well as being compatible with regular oils... read more »